I am confident that most people would agree the framers of the constitution had no idea as to what types of technological innovations were in store for the United States’ future. Consequently, they probably did not know the degree of resilience the constitution would need in order to endure and address the inconceivable degree of technology innovation that has constantly (and unavoidably) forced continuous amendments of individual rights. While this can be applied to basically every aspect of the law, it is especially germane to the adaptation of the 4th amendment and the evolution of the right to privacy.

According to the 4th amendment, “The right of the people to be secure in their persons, houses, papers, and effects, against unreasonable searches and seizures, shall not be violated,…but upon probable cause, supported by Oath or affirmation, and particularly describing the place to be searched, and the persons or things to be seized.” It is clear that the 4th amendment exists to guarantee and protect the privacy of Americans to the fullest extent possible. BUT, this guaranteed protection is limited and bound by the continually changing interpretations of what constitutes an “unreasonable search.” This phrase was never well defined, and its definition has become even more distorted by the growing variables created by technological advances.

Essentially, the central factor in a court’s determination of a search’s “reasonable-ness” is whether an individual demonstrated a “reasonable expectation of privacy.” How might one demonstrate this expectation, you ask? Well there is a seemingly simple answer to that question, but it has been convoluted with what is/is not deemed private in today’s world of technology and communication. Unless you can prove that you had a legitimate expectation that the evidence obtained would not be available to the public and that you took measures to ensure its privacy, then you do not have protection under the 4th Amendment. Any behavior or communication that could possibly (or knowingly) be exposed to public view is fair game to “search and seize”. This is where the overwhelming nature of technology spoils all the fun! (that is, if “fun” = a definite expectation of privacy).

There has been a discernable and, depending on your priorities, alarming trend defining the relationship between technology and privacy by the rights guaranteed by the 4th amendment. The trend: as technology expands…privacy protection /4th Amendment rights diminish. To prove this is not just a blanket statement, I will go through some examples that prove this assertion.

This was one of the earliest examples of U.S. authorities exploiting newly developed technologies to obtain private information by means of intruding 4th Amendment protection. Wiretapping was first operationalized in 1870, and it was not until Katz v. United States (90 years later) that the U.S. effectively restricted this new form of “searching” – a method made possible by the technology innovation of that time period.

Among other precedents set by the infamous and standard-setting Katz v. United States, this case established the unprecedented doctrine that the 4th Amendment must exist to “protect people, not places.”

With new technology and its inherent ubiquity, the scope of the 4th Amendment could no longer be property-centric. Bare with me here, but the Katz ruling enabled citizens’ to be “publicly private.” Katz’z phone booth conversation was visible to the public, but the conversation itself was private. Up until this point, the government did not need to address this aspect of the “in public” model, and it is even more prevalent today with the ability to access computers, cell phones, etc. from essentially anywhere. By the very nature of establishing that physical intrusion is not required to constitute a search, this ruling has since applied to every 4th Amendment matter involving the investigation of private sources of technology. 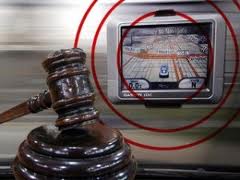 As evidenced in a recent Wall Street Journal article, “Courts have consistently ruled that the use of a GPS device to track people outside their home is not a “search” under the Fourth Amendment.” This goes back to the notion that if an individual takes part in something “in public” then they cannot claim to have had a reasonable expectation of privacy, and are thus unprotected from an unwarranted search. GPS, like the telephonic innovation that preempted wiretapping, is another technological breakthrough that has proven to impair the strength of the 4th Amendment in privatizing individual activities.

In 1986, the Supreme Court ruled in California v. Ciraolo that a warrantless aerial observation of a person’s backyard did not violate the 4th amendment. Again, more innovation, less privacy.

In 1971, the Supreme Court ruled in United States v. White that using concealed radio transmitters worn by undercover informants does not violate the 4th Amendment protection against unreasonable searches and seizures, and therefore does NOT require a search warrant. The Supreme Court held that a defendant’s expectation that another individual with whom he is talking will not reveal incriminating information to the police is by no means protected under the constitution. Realistically, what would stop another individual from going to the police even if he is not an undercover agent?

It is not the exception itself that you should think about in the context of this article, but rather the justification behind institutionalizing this legal doctrine – it is a perfect example of technology’s growing facilitation of increased leniency for privacy invasion and less privacy protection. The doctrine exempts searches of travelers and their property from the warrant requirement expressed in the 4th Amendment (which includes laptops and electronic storage devices). The source of recognition here in addressing the technological connotation at stake is the Ninth Circuit’s reversal of the ruling in U.S v. Arnold. The panel “rejected the argument that the privacy invasion resulting from searching computers is qualitatively different from, and requires higher suspicion than, searching luggage or other physical items.” Originally, the court ruled that, due to the private nature of the information contained in a laptop, border agents MUST HAVE reasonable suspicions before an unwarranted search of someone’s digital data device.

This begs the question; with the vast amount of space available to store (personal) information, should digital devices be treated the same as personal property wherein agents need a warrant to seize such devices?

**Accordingly, take Ohio’s State v. Smith as an example. The Ohio Supreme Court decided that since cell phones have the “ability to store large amounts of private data,” the very nature of the device creates a higher level of privacy expectation, thus officers must obtain a warrant to search a cell phone.

Just this month, California experienced a perfect example of how convoluted the standards are across the country, and across time, as to how/whether an individual’s privacy/technology is protected under 4th Amendment.

The truth is, yes, the immense growth of technology for the last century has been integral in the gradual weakening of the 4th Amendment. It has dictated how much protection we can expect – an expectation that is now significantly less substantial as a result of both the sophisticated surveillance methods authorities have at their disposal, as well as the access every individual now has to advanced technologies. By this I am indicating that the government feels the need to regulate more heavily due to how much one can accomplish and maneuver with digital mechanisms today. With new innovations in technology creating such a worrisome threshold for criminal actors to communicate and execute harmful agenda, the central issue stretches far beyond the mere relationship between technology and the 4th Amendment. More important than expecting an unconditional right to privacy, we as Americans should be thinking about what we are willing to sacrifice to ensure national safety andthe regulation of potentially criminal activity.

Where Should Priorities Lie?

I expect a strong right to privacy just as much as the next American. However, in recognizing the incredible abilities technology has given the world, I am more than willing to give up whatever degree of privacy necessary to make sure that those who are hiding something from the government/public are given as little room possible to act and communicate freely and privately. The indisputable fact is, unless you are hiding something that you probably know you should not be doing, then as an American citizen, you should really have no reason to resist searches and seizures. The people who fight the issues at stake with the 4th Amendment should only be those who are hiding something illegal. If you do not fall under this category, then I really do not think you should take issue with the U.S. MAYBE crossing a few lines to ensure the safety of our country. So what is more important: getting your 100% protection of personal privacy or letting authorities slightly infringe upon the 4th Amendment as they see fit to identify criminal activity.   This applies both domestically and internationally.

I am not implying you should not feel entitled to your constitutional rights, but I am implying that there is a certain balance wherein both sides need to make mature sacrifices.