The entrepreneur is often revered for being courageous enough to follow the American dream: to quit his/her day job and assume the risks of starting a new company from scratch. Today, a plethora of organizations, including Paul Graham’s Y Combinator, StartupLift.com and the Kauffman Foundation’s Kauffman Labs devote their money and energy to supporting these brave struggling souls. Lots of literature is devoted to the subject—from self-help books to Entrepreneur Magazine, to Paul Graham’s essays on startup companies—all filled with visions of the ideal startup project and the bold people behind it.

So why do so many founders still struggle to produce a profit? And why do so many would-bes give up before they even try? If entrepreneurs are so impressive (and have the ability to reap such remarkable rewards—think selling your company to a bigger corporation for a huge payout after only a few years and never having to work again), why are the rest of us so afraid to take that plunge?

For example, my older brother is a computer programmer with a lot of fantastic ideas. For years, he’s been telling me to learn to code html so I can start a website business myself—I still haven’t learned, and don’t intend to—and he helped found the Chicago Entrepreneurial Group, UChicago’s version of YES. He definitely has the spark.

A few years ago, he and a friend came up with idea of a mobile app that could run diagnostics on your car, and he even went so far as to write the beginnings of the code for it. I remember when he came home for dinner, very proud of himself, and showed us the prototype in his sweet Subaru WRX. They applied for a grant from Google to fund their startup, but they didn’t get much further. Neither my brother nor his friend was brave enough to quit his job and focus on this project, and eventually they lost interest and someone else took the idea and ran with it. 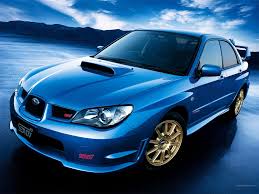 Why did my brother lose interest in such a great idea? I think one reason is that as a society, we have collective ADHD. Face it: especially with the Internet at our fingertips, we have the attention spans of goldfish. Our time is valuable, and we’re afraid to waste it; so we frequent websites like Facebook and Twitter, we get our information prepackaged in short, easy-to-interpret content bursts in status updates and tweets. Facebook is even introducing a new messaging system to make personal messages more “minimal.” And we can’t even pay attention to medium to long blog posts like this one; sorry, TLDR.

For this reason, it might be even harder to be an entrepreneur today than it once was, even with the Internet eliminating overhead costs and making it easy for even jerks like Vitaly Borker to make a profit. To be successful, you have to make a serious commitment to your vision, and as Bezos says,  you must be willing to fail. Even geniuses like Mozart and Newton spent decades mastering their various domains, either in training or academic study, and then devoted immense energy to their creations and discoveries. Thomas Edison once said, “genius is one percent inspiration and ninety-nine percent perspiration.”

So maybe entrepreneurs can’t be made. We know from experience that commitment is very hard to learn, and sustained interest is very difficult to fake. With our current inability to pay attention to more than 140 characters at a time, no wonder it’s hard for the majority of us to put in the energy and focus required to come up with a profitable idea and put it into practice. Those few who can, should, and maybe the rest of us can learn from their commitment.