In February of 1996, John Perry Barlow issued a rather flowery piece of prose that he called “A Declaration of the Independence of Cyberspace.”  In this Declaration, Perry envisioned an Internet governed by “ethics, enlightened self-interest, and the commonweal” over which the governments of the world would have neither “moral right to rule”, nor “any methods of enforcement.”

Today, Perry’s piece is seriously somewhat dated.  If there’s one thing the last 13 years have shown it’s that, while the internet does in fact have plenty of world-changing applications, it is far from a utopian virtual dimension.  Any independent observer of the internet today would be undoubtedly amused by the notion that, if left to their own devices, internet users will be motivated by some higher sense of ethics.  Rather, it has become increasingly obvious that no amount of idealistic philosophy will change the baser instincts among the less socially inclined among us.  Actually, it would seem that the relative anonymity of the internet has served to increase the willingness of certain people to post hateful, horrible things.

Ironically, that trend plays perfectly into Barlow’s claim that the US government has no right and no enforcement mechanisms with which to control that which happens on the internet.  Quite frankly, yes it does, and yes it can.  The jurisdiction of the US judicial system undoubtedly extends to comments made in cyberspace, and in recent years, users posting anonymously on blogs and forums have come to realize more and more that, while the Communications Decency Act protects providers of online internet service from defamation lawsuits, it does not protect the actual posters of defamatory comments.  As such, people who thought they were posting anonymously on the internet have increasingly found that they can in fact be held responsible for their actions. 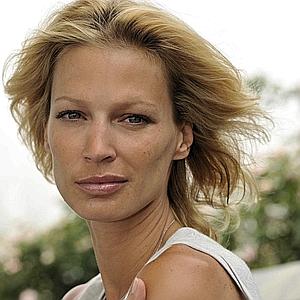 One of the best examples of this phenomenon is in the case of Liskula Cohen (pictured right), who in January of 2009 sued Google in order to uncover the identity of the owner of the blog “Skanks in NYC,” which was operated by Google.  Cohen, who is a fashion model, had discovered that the anonymous writer of the blog had posted numerous defamatory comments, calling Cohen a “skank,” an “old hag,” and a “a psychotic, lying whore.”  On August 17, 2009, Judge Joan A. Madden of the Supreme Court of the State of New York issued an opinion ordering Google to reveal the name of the blogger.

The court, in a fabulous argument involving the American Heritage Dictionary definition of the words “skank” and “ho,” stated that the descriptions by the blogger of Cohen as a “skank” and a “ho” constituted an assertion that Cohen was sexually promiscuous.  The court ruled that therefore these statements were not opinions but a statement of provable facts.  As such, the court reasoned, if the facts posted by the blogger could be proven to be incorrect, they could most certainly be construed as defamatory to Cohen’s character.  The court essentially ruled that Cohen had enough of a defamation case against the anonymous blogger that it was necessary and proper to compel Google to reveal the blogger’s name.  As such, Cohen is now suing the blogger, who turned out to be 29 year old fashion student Rosemary Port for $3 million.  Not surprisingly, the two had encountered each other before in the fashion scene, and had reportedly had an altercation involving Port’s ex-boyfriend.

In her ruling, Madden rejected the idea that blogs “serve as a modern-day forum for conveying personal opinions, including invective and ranting,” and cited the opinion of a Virginia Court, which stated that “in that the Internet provides a virtually unlimited, inexpensive, and almost immediate means of communication with tens, if not hundreds, of millions of people, the dangers of its misuse cannot be ignored” and that “the protection of the right to communicate anonymously must be balanced against the need to assure that those persons who choose to abuse the opportunities presented by this medium can be made to answer for such transgressions.”  In this argument Madden acknowledged the vast potential of the internet but at the same time asserted that it cannot serve as a lawless abyss of anonymity.  Madden’s argument was that blogs cannot be considered exempt from defamatory lawsuits and that individuals must be held accountable for their actions online.  At the same time though, Madden argued that it is necessary to strike a balance between accountability and the protection of anonymous free speech.

And indeed, this issue is certainly a question of balance.  For her part, Rosemary Port is suing Google for $15 million for revealing her name, claiming that she is being persecuted for her opinions and that Google violated her privacy by revealing her identity.  In the suit Port’s attorney claims that her Constitutional right to anonymous free speech under the first amendment was violated.  In his argument, Port’s attorney compares Port’s anonymous “Skanks in NYC” blog to the Federalist Papers, which were written under pseudonyms, and upon which the very foundation of our society was based. This connection is dubious.

In the end, this issue is a question of where one draws the line.  Is it necessary for global democracy and free speech that Rosemary Port be allowed to call Liskula Cohen a whoring skank without any consequences? I think most people would say probably not.  It’s hard to argue that protecting people like Port from defamation lawsuits was what the Founding Fathers had in mind when they wrote the First Amendment.  It is clear that internet users like Port certainly are not motivated by Barlow’s notion of “ethics, enlightened self-interest, and the commonweal.”  Without a doubt, there are individuals who use the screen of online anonymity to say hateful, disgusting things that can be incredibly harmful.  The Skanks in NYC case does appear to demonstrate however that anonymous posters online are becoming decidedly less anonymous as time goes on.  It is possible that, in the end, the posters of morally reprehensible content online will be just as immediately identifiable and accountable as those who perform morally reprehensible actions in the real world.  However, there is a certain truth to the fact that the internet has provided a vital platform for anonymous free speech and the dissemination of information.  Without a doubt, the internet has provided a way for those who are oppressed or censored to both receive information and to spread the news of their plight. The tradeoff between anonymity and accountability, while necessary to a certain degree, definitely lies on a very slippery slope.  It remains to be seen how far down that slope we as a society are willing to go.

2 thoughts on “Lifting the Veil of Anonymity: Accountability in the Digital Age – by “Andrew C””