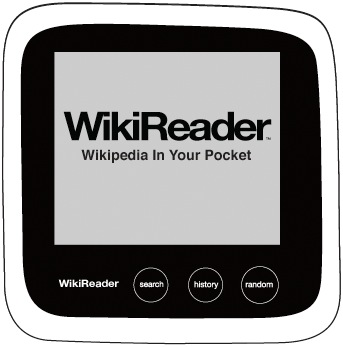 Although in a guest lecture at Yale University last Wednesday Wikipedia founder, Jimmy Wales, said that Wikipedia is not meant to be used as a reference for college level work, his team at Wikipedia certainly seems to be working to make it able to be. Perhaps it’s not their intent to make Wikipedia a viable source for research, but their effort to make it more reliable is showing.

However, the need to sensor what goes into Wikipedia is becoming more and more evident as new policies are instituted by the organization. For example, Wikipedia now screens changes to articles about living people. In his guest lecture, Jimmy Wales shared that someone had once edited the article about him to say that he enjoyed playing chess with his friends in his spare time. Although this might be a nice idea, it simply wasn’t true. The rumor eventually found its way to an article about Mr. Wales in a major magazine. Although a minor case, this shows how far false information that is planted in Wikipedia can go before being noticed or addressed. In a more serious issue World Net Daily founder, Joseph Farah, had false information posted about him in Wikipedia that kept recurring even after he would repeatedly correct the malicious errors. It wasn’t until Mr. Farah threatened to file suit that Wikipedia acted on the situation.

Other recent restrictions on editing, besides the page “protection” mentioned above, include giving privileges to established editors to “flag” articles and using an optional feature called WikiTrust that color codes changes based on the reputation of its editor. As you can see, it may be difficult for a newcomer to Wikipedia to contribute substantially to the wealth of information stored on the website. His edits may be color coded as less reliable or placed on hold until a more experienced editor flags them. Changes by more experienced editors also seem more likely to stay on the site than those of newcomers.

This only adds to the other large problem Wikipedia is facing – a decline in editing. Obviously as Wikipedia grows older and there is less to add to it, the excitement of being the first to write about something is less abundant. The growth curve is inevitably becoming less sharp. But if Wikipedia wishes to to continue to grow, the  question then becomes, “How can Wikipedia make itself a more reliable source without adopting xenophobic policies that inhibit new editors?” For this question, I do not readily have an answer, but it seems clear that if Wikipedia wishes to increase its reputation as a source of factual information, it must be willing to sacrifice the dream of having a well of information that is freely editable by anyone.

I imagine that Wikipedia will make this sacrifice as they continue to become more and more fixed in our society. With the release of the WikiReader this past Tuesday it is clear that Wikipedia is not going anywhere any time soon. This contrasts with Santa Clara law professor Eric Goldman’s prediction that Wikipedia will fall by 2010. However, true to Goldman‘s conjecture, Wikipedia is progressively tightening the rein on site edits as it fights to gain more credibility. It seems as though Wikipedia is eating the cake and give up the dream of a 100% freely editable source of information. So much for Utopia. It’s time for Wikipedia to grow up. (Pun intended)

3 thoughts on “Can Wikipedia Have Its Cake And Eat It Too? – by “Inoli H””